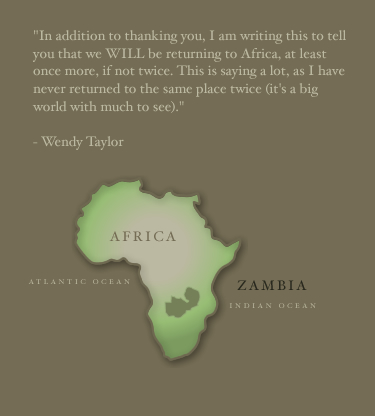 Zambia is real, authentic Africa – exhilarating, wild and untamed, with some of the most exciting wildlife viewing on the continent. In the lush Luangwa Valley you can experience some of the best leopard sightings on earth, further north the remote Kafue and Basanga reserves are largely untouched by man’s impact, and along the southern border the Zambezi river plunges over spectacular Victoria Falls to form one of the most spectacular natural attractions on earth.

The best wildlife viewing months are August to October when dry conditions concentrate the wildlife around the river and other water points. Cool nights are offset by hot daytime temperatures at this time, with highs reaching well into the 30°sC, especially in low-lying areas. The dry months of May to August are popular as they offer cooler daytime temperatures and the bush is generally still green and lush. The rainy season between November and April should be avoided with many of the parks and camps closed due to soggy, impassable roads.