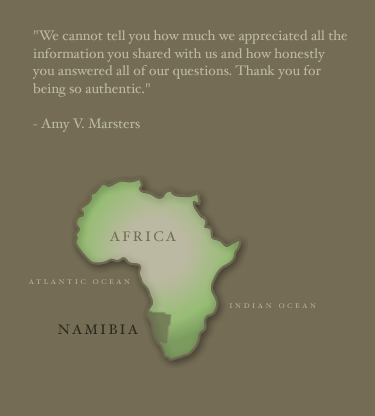 Along the western coastline of Namibia lies the vast Namib Desert – a 32,000 sq km  sand sea that is one of the oldest and driest ecosystems on earth. Its shifting sands and high dunes looks lifeless yet conceal the greatest variety of living creatures of any dune system in the world. Despite virtually no rainfall, an array of unique creatures are sustained here by condensation caused by cold sea mists rolling in from the Atlantic ocean. Here are found some of the world’s most unusual plants, such as the ancient Welwitschia mirabilis, described as a living fossil.

Deep in the Namib-Naukluft Park lies Sossusvlei, an ephemeral pan overshadowed by towering red dunes that reach up to 325m, the highest in the world.  Their haunting beauty is a drawcard for travelers, with the shifting sands and silhouettes of trees creating an ever-changing canvas of light and texture.

Sossusvlei Mountain Lodge, Little Kulala & Sossusvlei Wilderness Camp provide classic desert experiences. From your base here you can take quad bike excursions or guided walks into the dunes, go on scenic drives or simply relax and soak in the scenery.